“How do referees determine what handball is?” 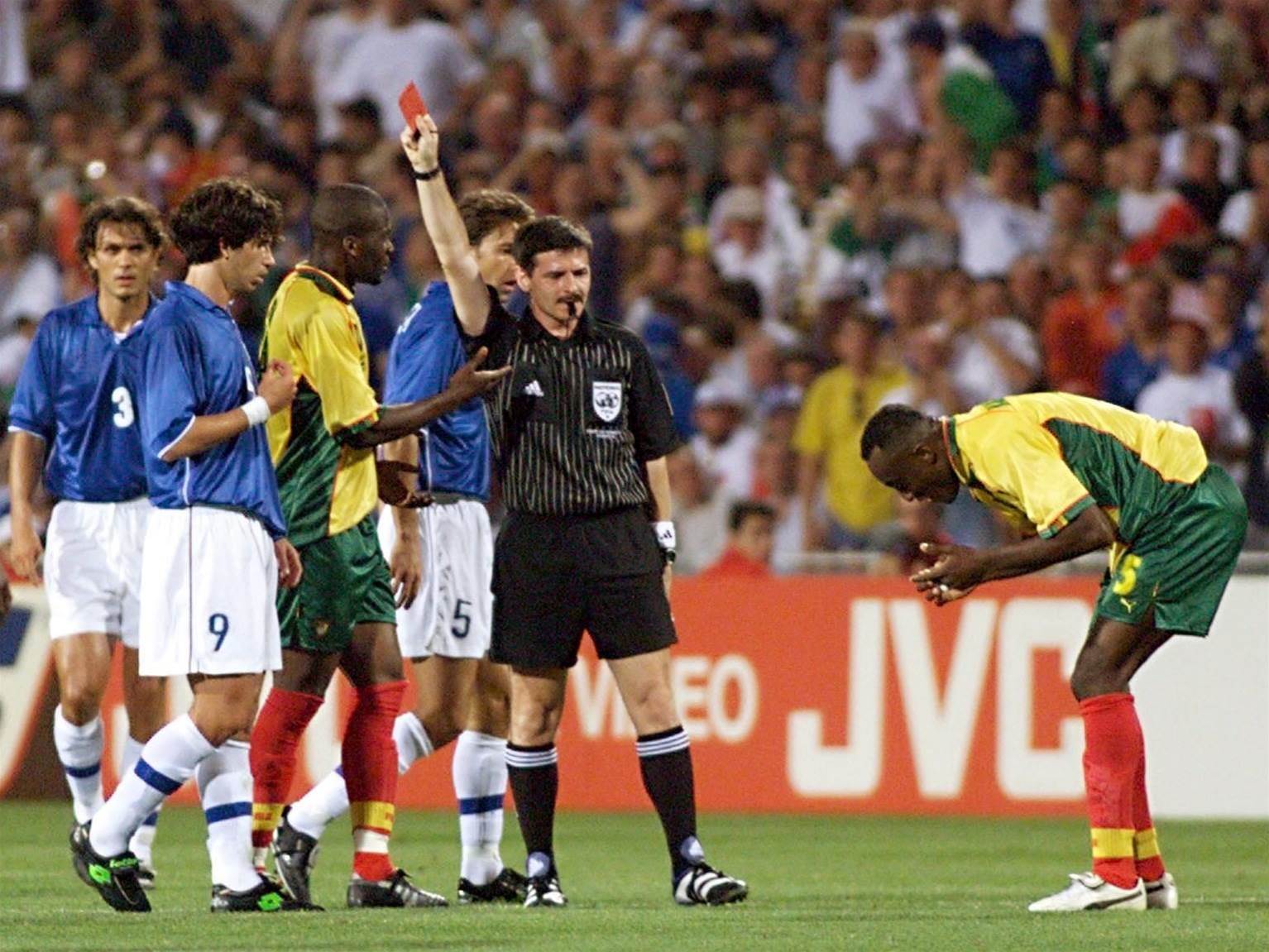 “Can I be offside if the ball is kicked backwards?”

“Can I wear metal studs?”

“Why did my penalty kick get retaken?”

Football West Head of Referees Eddie Lennie officiated at the 1998 FIFA World Cup in France and is now an AFC/FIFA Referee Assessor and Instructor. He is now available to answer any questions you may have on the Laws of the Game and refereeing.

Featured questions are answered below.

1. Simon D – Which manager and player used to give Eddie the most grief? And which current player and coach in the NPL are the biggest moaners?

Hi Simon, thanks for the question, all players and coaches will have a moan if things don’t go their way but some are better than others. Remember for every decision you make – only half will agree with it. Eddie.

2. Alex C – If a defender passes the ball back to the goalkeeper and he stops it going in the goal deliberately is it an indirect free kick, penalty, red card?

Hi Alex, good question and one that is asked of me a lot. I started as a 15 year old and worked very hard. As the saying goes, you only get out of it what you put into it. So work hard, listen to your peers and enjoy the journey. Eddie.

4. Campbell B – Eddie if a foul throw never enters the field of play is it a retake because it never came in or awarded to the opposition as it’s a foul throw? And why the laws have both but don’t give either preference over the other.

5. Kenny G – Hi Eddie, if there was one law you would change what would it be?

I think FIFA and the IFAB have been very proactive in this area over the past few years , making it fair for all and with the expectations of the football public. Having said that I have always liked the rule in Rugby whereby if the player disagrees with the decision or fails to retire the required distance then the ball is moved forward 10 meters. This in my opinion would be good for football in two areas. Firstly it would stop dissent of the referee’s decision and secondly lead to more attacking and faster play.

6. Colin D – Hi Eddie, Penalty Kicks to decide the outcome of a match are in the main, a lottery with teams usually sitting in during extra time and opting to take that gamble. I’ve often thought that In cup competitions, taking penalties before the match to potentially determine a winner would foster a more open game and remove the backs to the wall approach that some teams adopt. Thoughts?

Sorry Colin not a fan of this idea. How would players feel if they had to take kicks from the penalty mark before the game and we got to a ridiculous count of 15 to 14 and then had to play a game?  Whilst as you say it’s a bit of a lottery, it’s the only fair way to reach an outcome.

7. Dave B – Just to clarify on previous advice (Question 4) on foul throw…if a player takes a throw in 20 metres further up the field from where the ball went out and as a time wasting tactic “accidentally” throws the ball (almost) straight down the line but it bounces before it enters the field, then the player is not penalised but gets to take the throw again from the proper place?

8. Walter C – Hi Eddie, At a penalty kick is it permitted for the kicker to kick the ball forward so a team-mate can score a goal?

Simple answer is YES, as long as the player is outside the penalty area when the ball is kicked.

9. Parham B – Hi Eddie, when a foul is awarded and the players opt to take a quick free kick, what is an acceptable distance that they can take the free kick, from the foul’s actual position?

The Laws of the Game state that the free kick has to be taken from the place where the offence occurred, however in practical terms if it’s within about 1/2 metre then that would be acceptable. As the referee, you need to manage this situation and the nearer it gets to the penalty area, the more important the management becomes.

10. Graham P – Hi Eddie, I trust you are well? Long time no see! I have noticed in both professional football and local football that referees are failing to penalise a player taking a throw in who lifts their foot off the ground during the throw in process. I don’t think the law has changed on this so why is it being overlooked? Thank you, Graham

Hi Graham, good to hear from you and thanks for the question. You are correct that the Laws of the Game clearly state that part of each foot must be on the touchline or the ground outside the touchline when throwing the ball into play. There is no excuses for professional or semi-professional players to be doing this and they should be penalised. However in Junior football, referees should take a more lenient view if this is happening, more of educating the player on the first or second occasion before penalising the player.

11. Simon C – Why don’t you see indirect free kicks awarded in the box anymore? Isn’t this the correct decision for an unintentional foul or did the rules change?

In terms of challenges there is no such thing as unintentional foul. If a player inside his penalty area plays in a dangerous manner then an indirect free kick should be awarded against him.

12. Max T – If a referee awards a free kick and the attacking team takes a quick free kick without notifying the ref and score while the opposition keeper and players were anticipating a ceremonial free kick, does the goal stand?

Hi Max, thank you for your question. The attacking team has the right to take a quick free kick and does not need to ask/notify the referee to do this. Once the referee starts the ceremonial free kick procedure, however (i.e. enforcing the required distance), the free kick can only be taken after a signal (whistle) from the referee. Eddie.